Malaika Arora, who welcomed the year 2021 with her beau Arjun Kapoor in Goa, was seen stepping out for a morning walk with her pet dog Casper earlier today. ETimes photographers caught the diva near her residence.

In the pictures, Malaika can be seen sporting a grey t-shirt which she has paired up with a pair of blue shorts. She has opted for a simple braided hairdo, a mask and her white slip-ons. Malaika looks absolutely fresh in her casual avatar. Have a look: 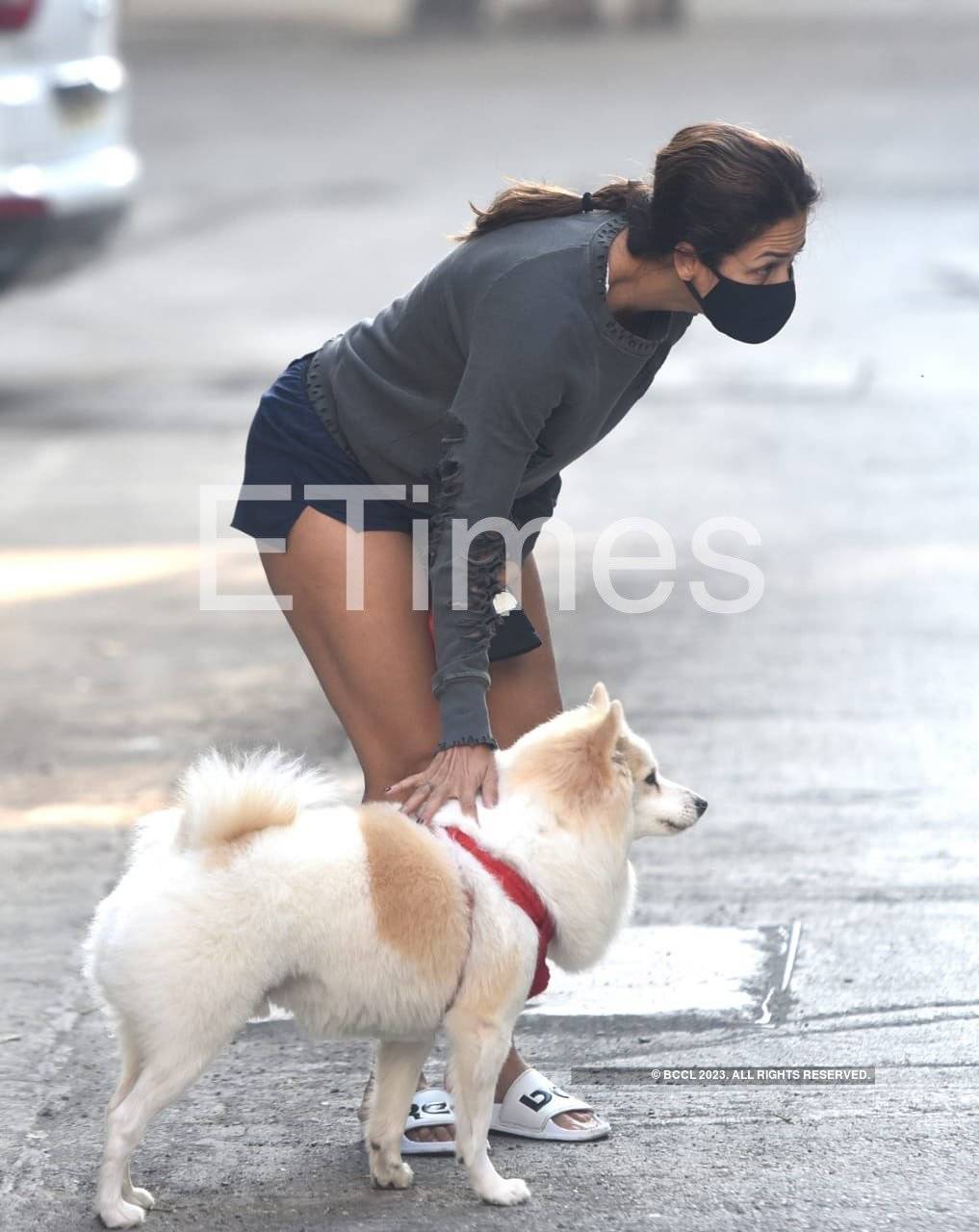 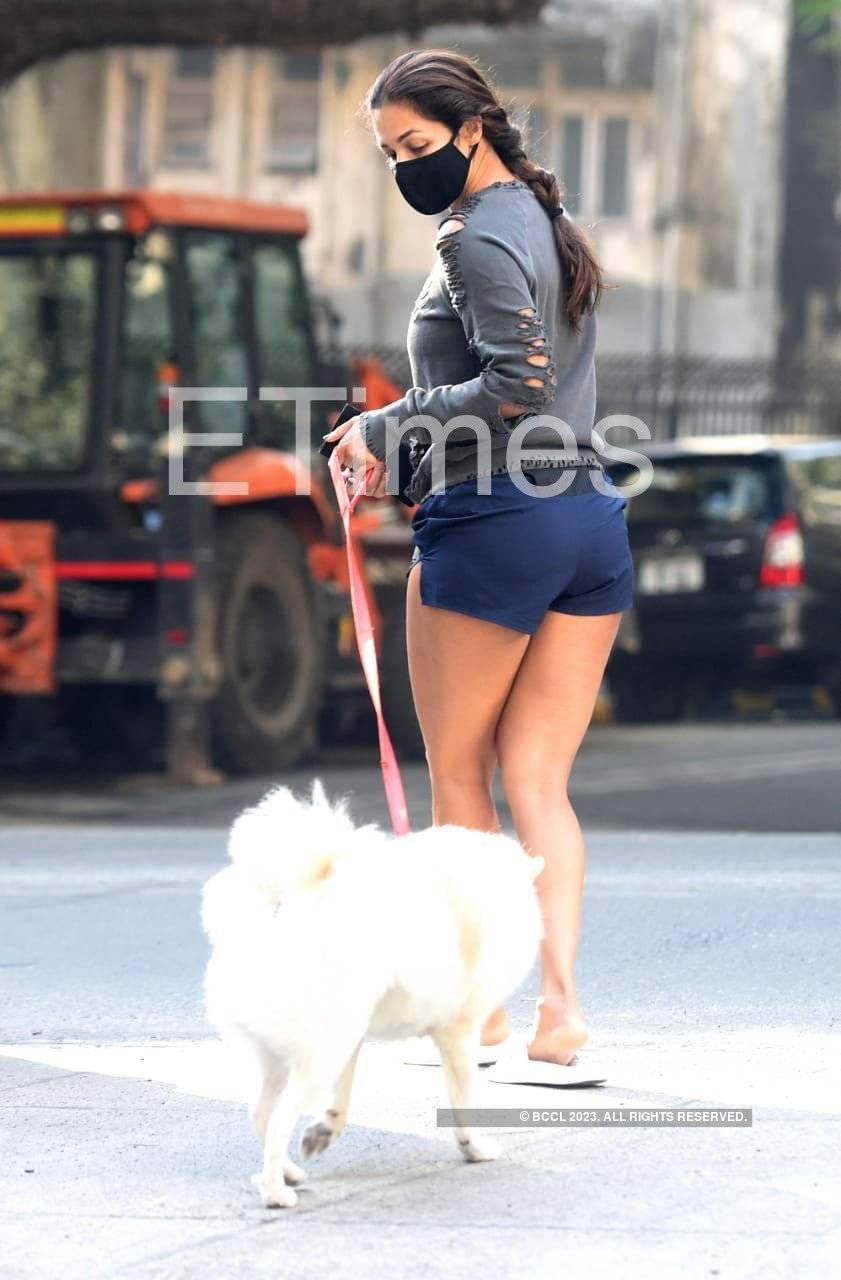 Meanwhile, Malaika recently took the internet by storm after she posted a mushy picture with Arjun. The duo was seen holidaying in Goa and spending their quality time together. She was seen sporting a shimmery pantsuit while Arjun rocked the casual look. Along with the picture, she had written, “It’s a new dawn ,it’s a new day , it’s a new year ….. 2021 #eternallygrateful🙏🏽❤️” To this, Malaika’s BFF and mom-to-be Kareena Kapoor Khan had commented, “My two favourites ….menuuuu kya haii aajjj?❤️❤️” Have a look:

Earlier, in an interview with Filmfare, Arjun had opened up about his relationship with Malaika and what made them go public about it. He had said, “We’ve come out because we feel the media has given us dignity. There’s a certain understanding the media has… they’ve been respectful, kind, honest and decent about it. That is why I felt comfortable.”