#BigInterview! Anil Kapoor: I will do whatever it takes to take care of my family – Times of India

No words of praise suffice for our interviewee of the week’s extraordinary filmi career. Over to him…

How was the mood on the sets of ‘Jug Jugg Jeeyo’ in Chandigarh? It’s Neetu Kapoor‘s first film after Rishi Kapoor’s demise. And then she had to rush back after contracting COVID…

Working on ‘Jug Jugg Jeeyo’ has been a blast. Working in Chandigarh everyday with Varun Dhawan, Kiara Advani and Raj Mehta was fabulous. After the success of ‘Good Newwz’ it would have been very easy for a director to lose focus but Raj gives his all to every project and that’s how I know ‘Jug Jugg Jeeyo’ too is going to be fantastic. Working with Neetu was great. She’s been a close friend of my wife Sunita and I for a long time and we have some amazing memories together. People may be calling ‘Jug Jugg Jeeyo’ as her comeback film, but I feel she doesn’t need a comeback because she was never forgotten.

Yes, we had a small hiccup when Varun, Neetu and Raj tested positive for COVID, but that 10-day break actually helped us and we all returned more refreshed and energetic. Sometimes long schedules can get to you, so the break was a blessing in disguise. I am very excited for 2021 and I feel ‘Jug Jugg Jeeyo’ is going to do well.

Would you agree that filmmakers are still writing roles specifically for you?
I don’t think this is an either/or question. It goes both ways. Sometimes writers write a compelling story with compelling characters and then cast the actors who will do most justice to it, and sometimes writers write a story about compelling actors that they think will carry the story on their shoulders. It’s a personal choice. But when I do receive a script, I’m fortunate to have a great team and the support of my family in making the right choices. All I know for sure is that I am grateful for being sought after, and for the continuous work coming my way.

I’m going back to your first day on the shoot of ‘Shakti’. Tell us about it…
My first day on the sets of ‘Shakti’ was historic, Ramesh Sippy directing me, Salim-Javed as writers, Smita ji, the great Dilip Kumar
saab and Amitabh Bachchan were in the room. I was performing in front of them. I got so nervous that I had to give retake after retake. When I look back, I feel like I could have done better in ‘Shakti’- but the experience helped me do better in ‘Karma’ and ‘Mashaal’; so, I’m grateful for it. Every film has taught me something or the other. And you know what…I recall that nervous feeling whenever I land up to shoot for a new project. It pushes me to give my best every time.

I know it’s a tough one but tell me your three best movies in terms of creative satisfaction as an actor?
I don’t think I can pick my three best films because they all are extremely special and the list is very long. In fact, a fan recently sent me a text listing down my top 50 films. I can share that with you.

Please go ahead…
The fan writes:

Did you expect a National Award for ‘Pukar’ and ‘Gandhi’? How did you feel when you learned that you had won?
When you do a very good film, you have a gut feeling that there’s something special about it- but you never do it with the expectation of any particular award; you just commit yourself to it wholeheartedly. But there is no denying that receiving two awards for ‘Pukar’ – the National Award for Best Film on National Integration, and Best Actor- is easily one of the most memorable highs of my career. The same applies to ‘Gandhi’, which won us three National Awards. Sometimes, when a film does not receive the commercial success you hope for, it is easy for the mainstream awards to ignore it. This made ‘Pukar’ and ‘Gandhi’ extra special for me. It validated my belief that genuine hard work never goes unappreciated.

What’s more difficult to do on screen- to make people laugh or cry?
Fundamentally, it’s about a good script and the content. Personally, I think eliciting laughter is a much tougher art than tugging at the heartstrings

You’re known for your call demeanour. In fact, word is that if you’re feeling low, call up Anil Kapoor. How do you cheer people up?

That’s very sweet. I have made some good friends in the industry. I think we all have low days and need someone to talk to, including myself. I truly believe that there is great strength in asking for help when you need it and that if someone does reach out to you for help, it’s not only your duty but also your moral obligation to do everything in your power to be supportive. That’s the principle I have always lived by.

Do you ever get angry on sets or at home?
Of course, I do. Anger is a natural emotion as any other. But over the years, I have tried to get better about controlling it. Sunita has been a great inspiration to me in this department. She has the patience to let things slide by and I’m still learning from her. But I can’t deny that certain things, like unprofessionalism for one, continue to irritate me. Ditto for dishonesty. Let me put it this way: I am a work-in-progress, just like everyone else.

Do you sometimes feel that you should have done ‘Chandni’? You were the first choice for Rishi Kapoor’s role…
If I could go back, I probably would’ve loved to do it. But in all honesty, Rishi ji was the perfect choice for ‘Chandni’. I don’t think I would’ve done justice to it like he did. Besides, I don’t regret my decisions. 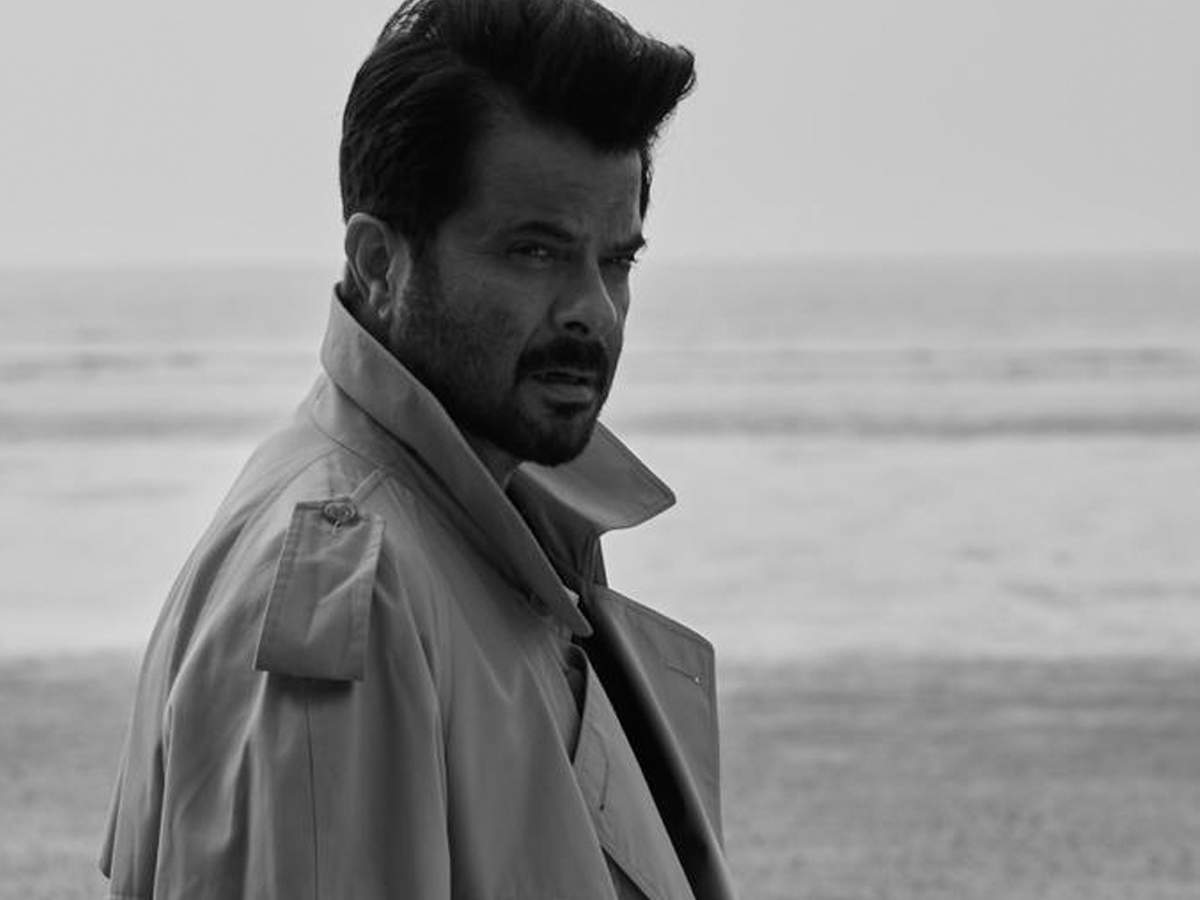 ‘Lamhe’ is a fantastic film, but when it released, people thought it should have ended differently. If you were to make ‘Lamhe’, as a producer, how would you end it?
I think Adi (Aditya Chopra) would be a better person to answer this now because ‘Lamhe’ was his father Yash Chopra’s vision, written by Farhan and Zoya’s mother, Honey Irani. I think ‘Lamhe’ is timeless because it has something for everyone. People continue to enjoy it even now; it really has long legs as a film.

You have limitless energy; nobody can fake it for 40 years. Don’t you feel tired sometimes and think of taking a break for few months?
Of course, I feel tired but I bounce back the next day mentally and physically psyching myself, with my family and team standing by me. It has not been easy being an actor for over four decades but I wouldn’t trade it for anything else in the world because I love acting and it has given me everything.

You told me once that people should stop asking you how you look so young. But how do you feel when you’re almost always asked about it still?
Exactly like now. Next question, please!

Okay, I won’t ask how you still look so young, but tell us what you eat and what you don’t. There must be some dos and don’ts, certainly?
Obviously there are lifestyle changes that I had to make and I keep altering them as life moves on, but what I always try to do is a workout. I think that’s become a constant now and has helped me a lot. Food wise, I try to eat as healthy as possible, but also reward myself with cheat days; so it balances everything out.

Correct me if I am wrong but you did certain films for money. That must have stopped now for sure, right?
I did. In fact, I can even name them. I did ‘Andaz’ and ‘Heer Ranjha’ for money. After ‘Roop Ki Rani Choron Ka Raja’, the family was in a crisis and each one of us did what we had to do for survival, out of a sense of responsibility. I have no qualms about admitting that. My family and I are fortunate that those times are behind us and our circumstances since then have not been as tough. But if our luck takes a turn and we ever face bad times again, I will not think twice about doing whatever it takes to take care of my family. 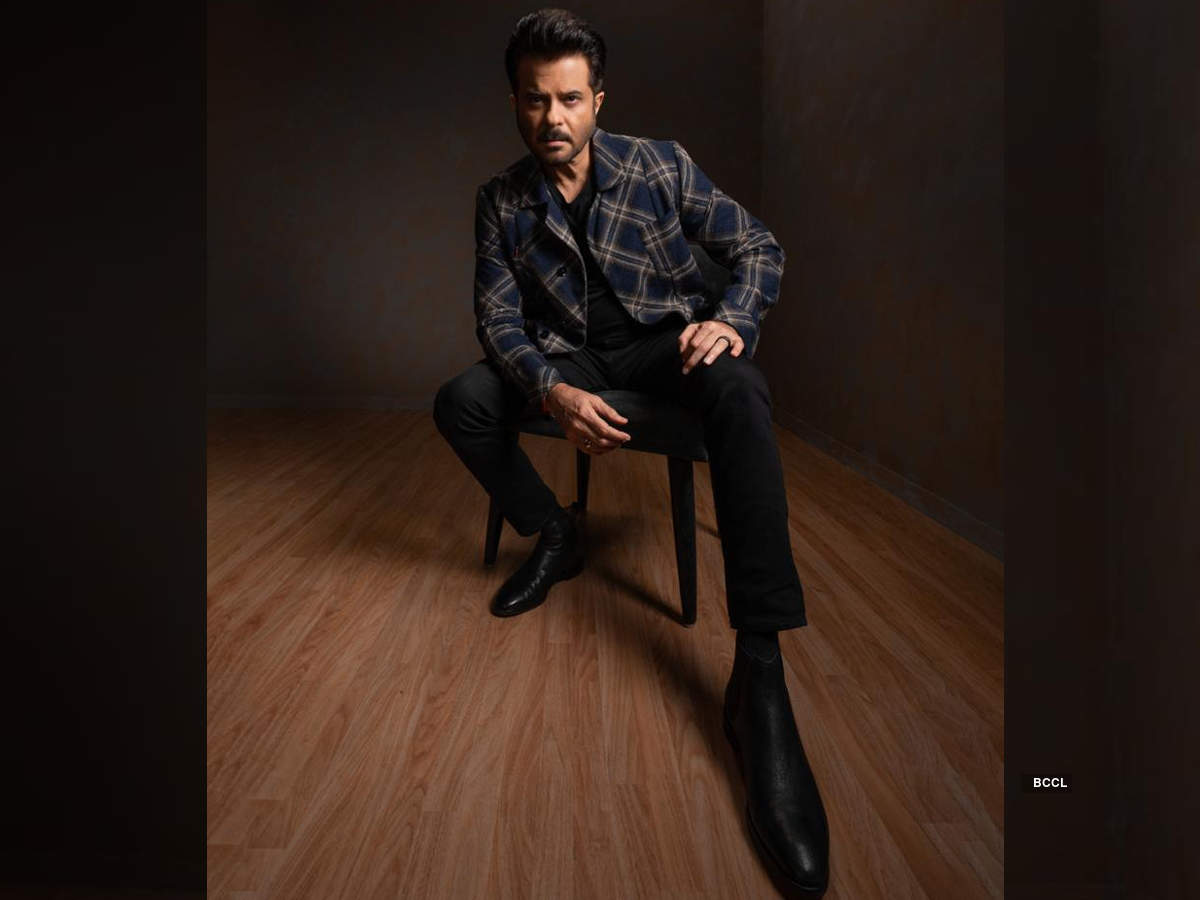 Do you revisit your films–the ones from the ’80s and ’90s?
Not as frequently as you would think. It’s been a while actually.

A couple of years ago, in of your interviews, you had told me that nobody thought that you will make it in the industry as you had a moustache, small eyes, long hair, and a very lean body. But I guess you had the determination. Where was the determination coming from?
I suppose it came from a deep sense of purpose and awareness of what I had to offer to the world. I just knew in my bones that I had to give my all to this path. So I did just that, without a care for where the path might take me and without a shadow of doubt about the choice I had made.

Are you a strict father? Do you keep tabs on Rhea and Harsh?
My kids are my best buddies and I am rather proud of that fact. I never have to chase them because they always keep me informed. As long as they are safe, that’s all I care about.

How would you describe your equation as a father with Sonam before her marriage and after it?
Our bond has grown even stronger since she got married. I definitely miss her more now that she is not at home with us. Thank god we live in an age of connectivity! Sonam and Anand (son-in-law) are probably the two people I call the most now.

Reflect on the films you did at the beginning of your career and now. How would you describe the difference in the change of content in cinema over the years?
There has been a dramatic change in the nature of content. Filmmakers are making bold choices that they would’ve never even considered before. It’s a far more experimental and fearless era for cinema and I am delighted to be a part of it

Facebook
Twitter
Pinterest
WhatsApp
Previous articleSandalwood Divas and Their Monochromatic Avatars
Next articleThrowback! When Deepika Padukone just couldn’t take her eyes off Hrithik Roshan as he fed her cake – Times of India