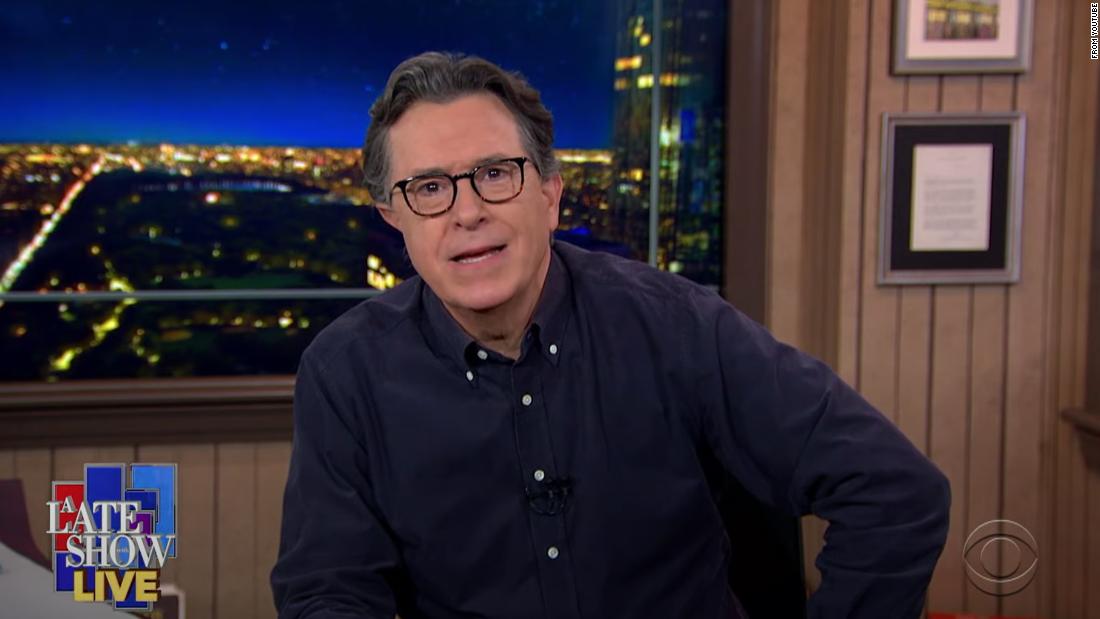 Stephen Colbert, the top rated late-night host, kicked off a special live version of CBS’ “The Late Show” with an exasperated monologue about the day’s events and President Trump.

“There are some dark subjects that we talk about on the show occasionally, but I’ve rarely been as upset as I am tonight,” Colbert said starting the show. “Hey, Republicans, who supported this president… have you had enough?”

He later added, “Who could’ve seen this coming? Everyone. Even dummies like me. This is the most shocking, most tragic, least surprising thing I’ve ever seen.”

The comedian ended his monologue by saying that people shouldn’t forget the tragic events of the day, especially when it’s time to vote.

“In 2022, when all of those Republicans, who — make no mistake — are responsible for what happened today and are running for reelection, let’s remember them for who they showed themselves to be today,” Colbert added. “Cynical cowards who believe the voters should not get to choose who governs this country. Let’s hope the voters prove them all wrong.”

Over on ABC’s “Jimmy Kimmel Live!,” Jimmy Kimmel welcomed viewers to the “treason finale of the Donald Trump era.”

“This was not the sort of thing I ever imagined would happen in this country in my lifetime,” Kimmel said. “The President of the United States, because he is too angry, too insecure and too incompetent to deal with the fact that he lost an election — a fair election, an election that was no different than any other election, an election he lost by seven million votes, and 70 electors — turns an angry mob against members of Congress and his own vice president.”

Kimmel went on to say that the Capitol was overrun with “MAGA-hatters in all manner of crazy costumes.”

“It was like a psychotic ‘Price is Right’ audience forcibly taking control of the Plinko wheel,” he joked.

Seth Meyers of NBC’s “Late Night” put the jokes aside, instead talking directly to the audience in a live monologue about the riots.

“I swear we were writing jokes today, and then…” Meyers trailed off. “As everyone knows by now today was a day filled with surreal and horrifying scenes of armed insurrection, an attempt to destroy through violent means American democracy. It was a sequence of events unseen in the modern history of this nation, and the images should be seared in our collective consciousness for the rest of our lives.”

“So because of that, our show will be a little different tonight,” he added.

Meyers also said that anyone not willing to support democracy must be “shamed and disgraced and removed from office, and that must start immediately with Donald Trump.”

Jimmy Fallon, the host of NBC’s “The Tonight Show,” opened his show on Wednesday night also noting that “these are difficult times to do an entertainment show.”

“These are difficult times to do any show,” Fallon said. “But these are also times when we need each other the most.”

Fallon added that in times like these he tries to think about how he can help. One way to do that, according to Fallon, is to be there for viewers and reassure them that this is not what America is supposed to be about.

Fallon went on to say that Wednesday’s riots were not “patriotism” but rather “terrorism.”

“Today was a disgrace, today was disappointing, but sadly today was not a surprise,” he said. “But it’s important to remember that this is not who we are. I assure you there are more good people than there are bad, and good will prevail.”