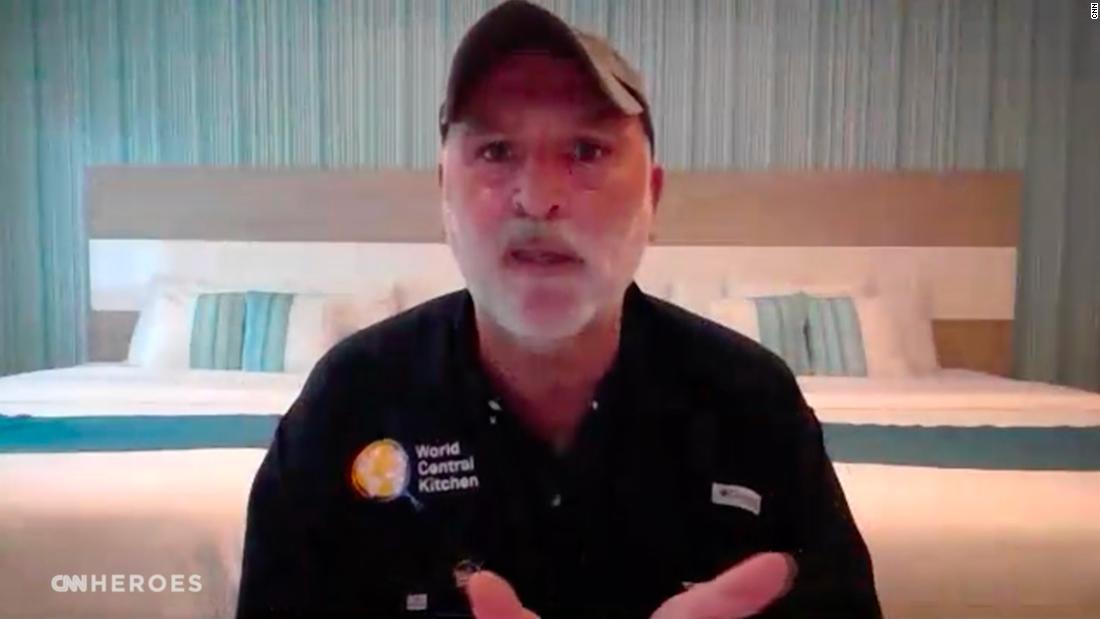 Thanking the “heroic women and men” who were working to secure Washington D.C. on Wednesday, Andrés announced that he was delivering 120 pizzas to the National Guard and police officers after rioters stormed the Capitol building. Due to an emergency curfew put in place, he added that since there were no restaurants open, he wanted everyone “to be taken care of.”

The famed chef wrote on Twitter: “Hi everybody…what can I say…today was a tragic day for America. I’m here in Bethesda, picking up 120 pizzas to bring to downtown DC to the heroic women & men keeping our city safe tonight. I’m meeting my @WCKitchen team which is also bringing our kitchen truck to support. Picking up pizzas and delivering to National Guard, police department, making sure everything is safe downtown.”

He continued: “As you know, there’s a curfew so there’s no food, there’s no restaurants open. In a very strange and complicated night, we can make sure that those young men and women, often forgotten, can be taken care of.”

Andrés and his nonprofit organization, World Central Kitchen, have worked hard throughout the coronavirus pandemic to feed people in need and frontline healthcare workers.

Facebook
Twitter
Pinterest
WhatsApp
Previous articleLate-night hosts react to Capitol riot: ‘The treason finale of the Donald Trump era’
Next articlePhotos: Varun Dhawan looks super cool as he gets snapped in the city! – Times of India