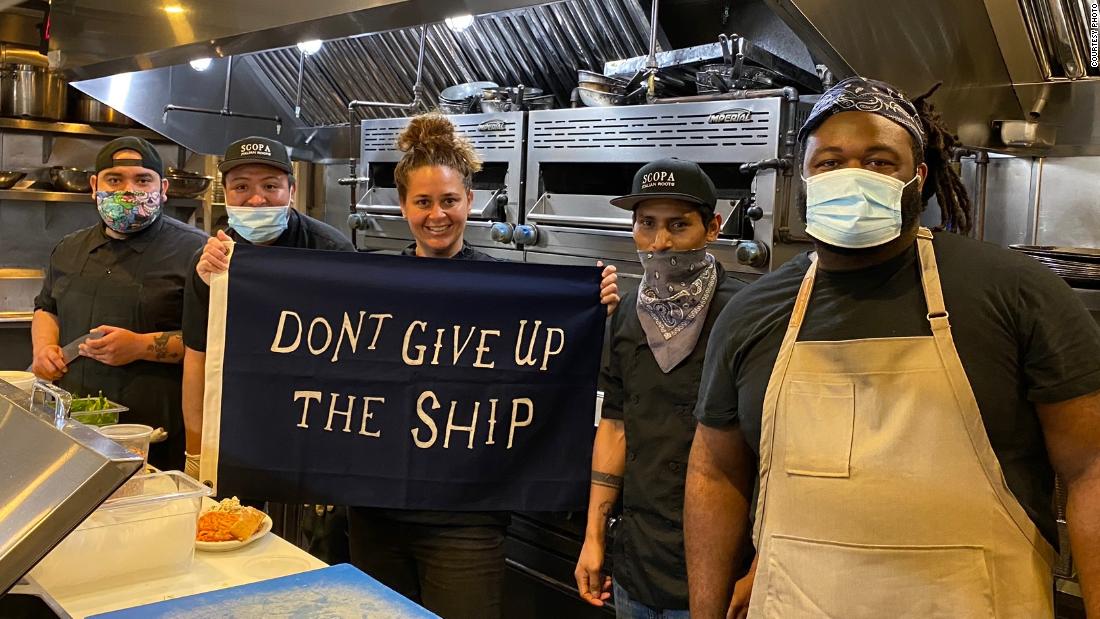 In the brief scene, featured in the documentary about four chefs and restaurant owners navigating their businesses through the global pandemic, Chauhan, a TV personality known for her work as a “Chopped” judge and more, was uncharacteristically dispirited, sitting in her closet in her pajamas, crying, a bottle of wine out of the frame.

That’s not who she typically is, she told CNN earlier this month. But the pandemic has been the ultimate test for restaurant owners, demanding of them even more grit than they usually put forth to stay afloat.

“[Executive producer Guy Fieri] said that this would be a great inspiration for others in the industry who are going through the same pain,” said Chauhan, who owns four restaurants in the Nashville area. “And even if it comes to nothing, your kids, when they are older, they will see the obstacles that came along your way and how you guys overcame it.”

Three other chefs — Antonia Lofaso, Christian Petroni and Marcus Samuelsson — also star in the documentary, which is available for streaming (with cable login), having made its linear debut over the weekend.

Together, the four paint a stark portrait of grit and perseverance, turning the cameras on themselves at the start of the pandemic, as restaurants began to close and difficult decisions had to be made.

Fieri has been on the front lines of helping the industry recover from losses felt from the pandemic, raising more than $21 million through his Restaurant Employee Relief Fund. With this piece, he shows prominent names from the food world not as TV figures, but as business owners who do not take lightly the responsibilities put on them to support their own families and those of their employees.

That weight is heavy on Lofaso, who says she had to fire 500 people the day before Thanksgiving. She’d hoped the documentary would air at a time that found them better than they were in March and April, when they began filming. Instead, when Lofaso spoke to CNN, it was just as Los Angeles County was reentering a stay-at-home order that shut down the outdoor dining that had become a lifeline for many restaurants.

“It’s really hard to swallow as a restaurateur,” she said. “To be totally honest, I need it all to be over with because dealing with another shutdown with our restaurants right now is very, very difficult.”

For as much as the documentary puts a spotlight on those struggles, it also offers a window into the strength of the people behind the businesses, particularly the pivot to takeout dining and the search for new revenue streams, such as alcohol sales and meal kits.

“There were businesses that came from all of us kind of troubleshooting and all of us communicating with each other,” said Lofaso, who filmed her segments with help from her childhood best friend and cinematographer Laura Merians. “Ideas came and flourished.”

Chauhan has been guided much of this time by the principle behind the word jugaad, a Hindi term that means “coming up with a solution to any problem that comes in front of you,” she said.

Lofaso also hopes the documentary shows the appreciation restaurant owners have for their patrons.