Ananya Panday and rumoured beau Ishaan Khatter have touched down in the Maldives and have wasted no time in signalling off the celebrations.

Ditching their winter gear, the cuties stripped down to their beach essentials and got the party started with their favourite – burgers and fries, by the sea. The duo had fans going green with envy when they shared some stunning photos and videos from their exotic New Year’s getaway.

“Progressively becoming the real me,” Ananya captioned her photo that saw her brimming with excitement as snacked on a burger while enjoying her view.

Ishaan, on the other hand, got his adrenaline rush by taking a dive in the deep and going snorkelling. 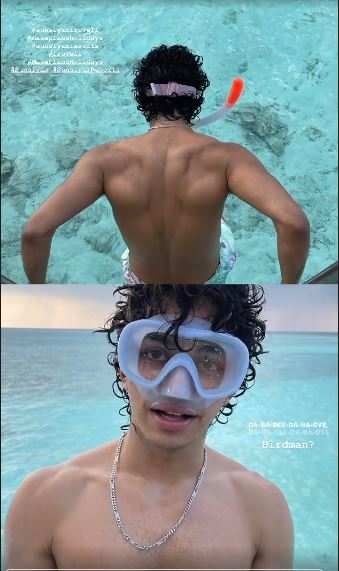 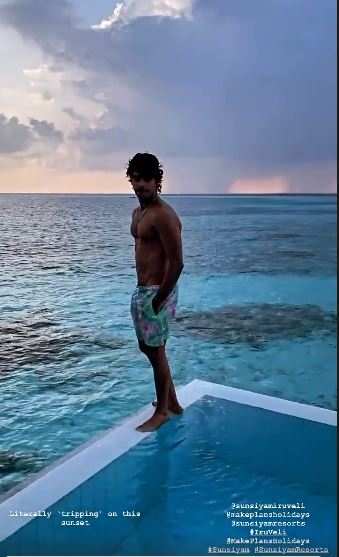 The two stars, who shared screen space in ‘Khaali Peeli’, were spotted together at the airport on Wednesday morning, catching their flight out of the city.

The rumoured couple was last seen attending Katrina Kaif’s Christmas party together. They also made heads turn when they made a joint appearance at Siddhant Chaturvedi’s Diwali party.

On the work front, Ananya will be seen next in Shakun Batra’s upcoming film with Deepika Padukone and Siddhant. She also has a Pan India film with Vijay Deverakonda that is reportedly titled ‘Fighter’.

Ishaan will be next seen in ‘Phone Bhoot’ with Katrina and Siddhant. The team has started the prep for the film. It is slated to release in 2021.