Bollywood action star Akshay Kumar made a rare appearance in town as he got clicked visiting the office of a production house in Juhu on Monday.

Dressed in an all-black, the actor was seen adhering to COVID-19 protocols and wearing a mask on his face as he arrived at the office. A few lucky fans who spotted the superstar on his day out, huddled up close to get their best selfies before he could go about his day. 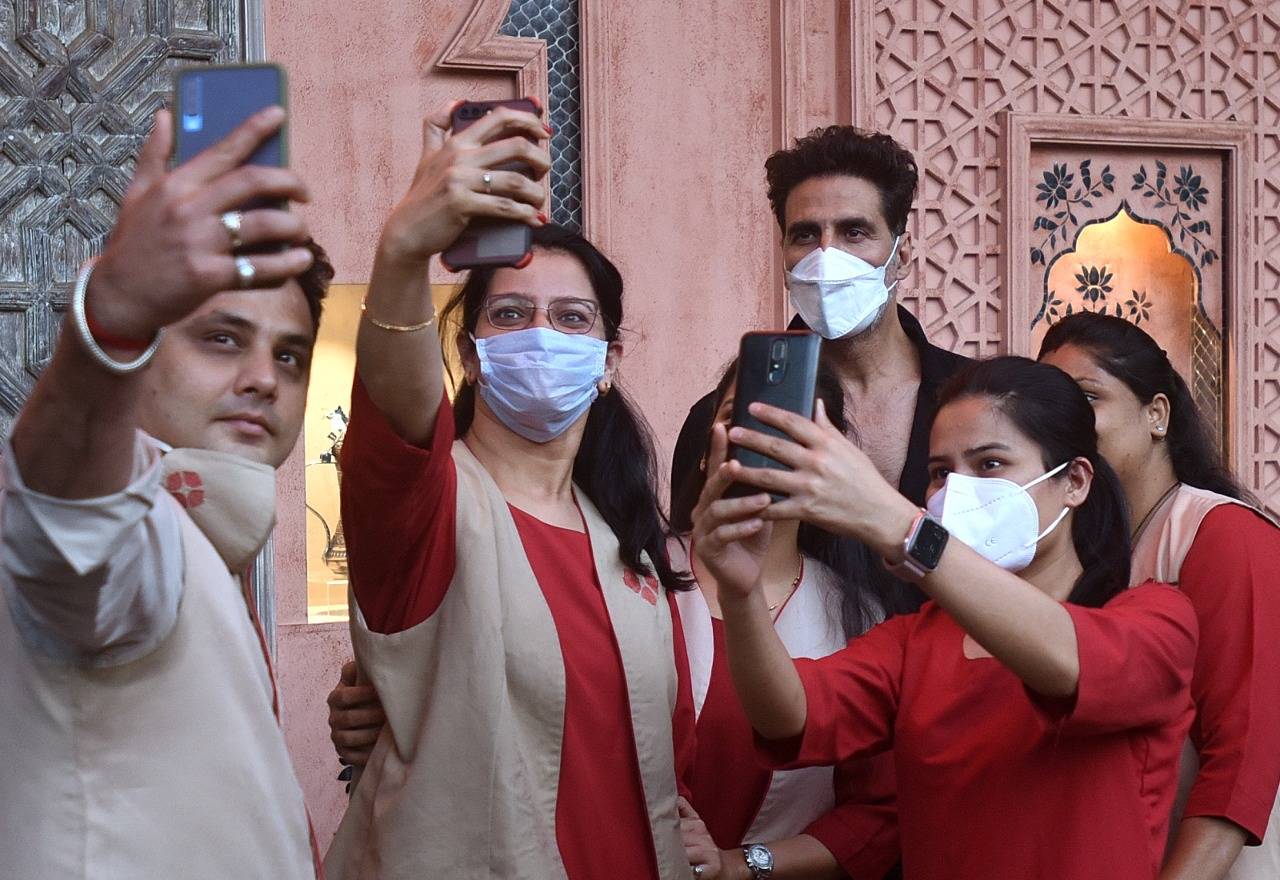 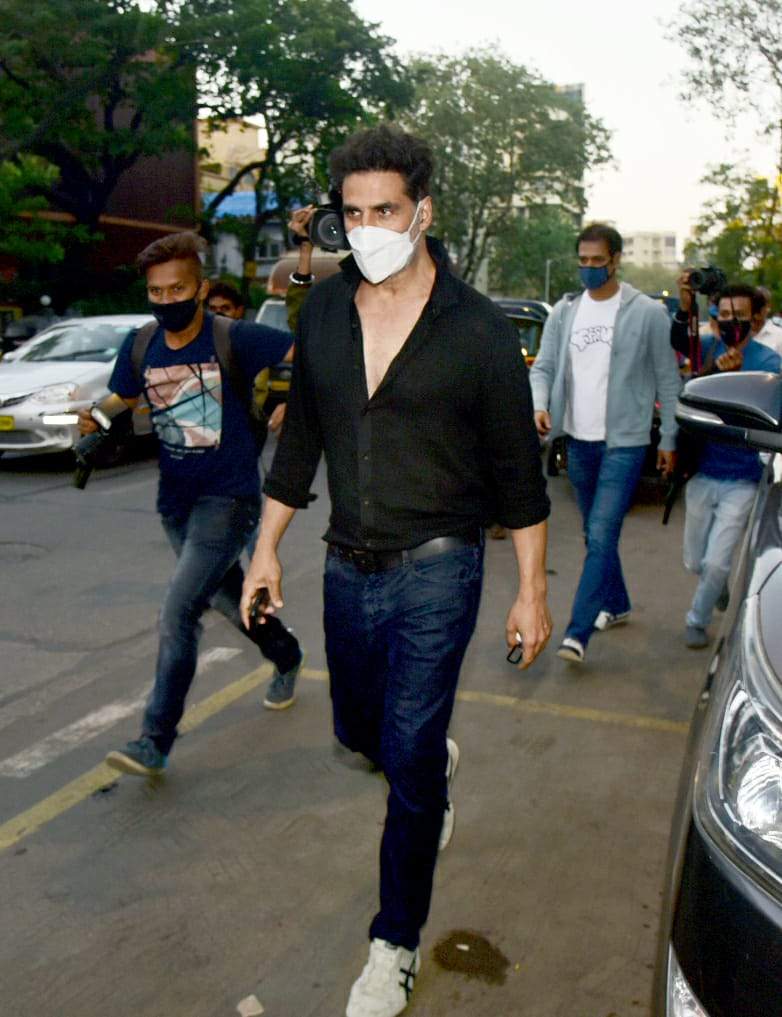 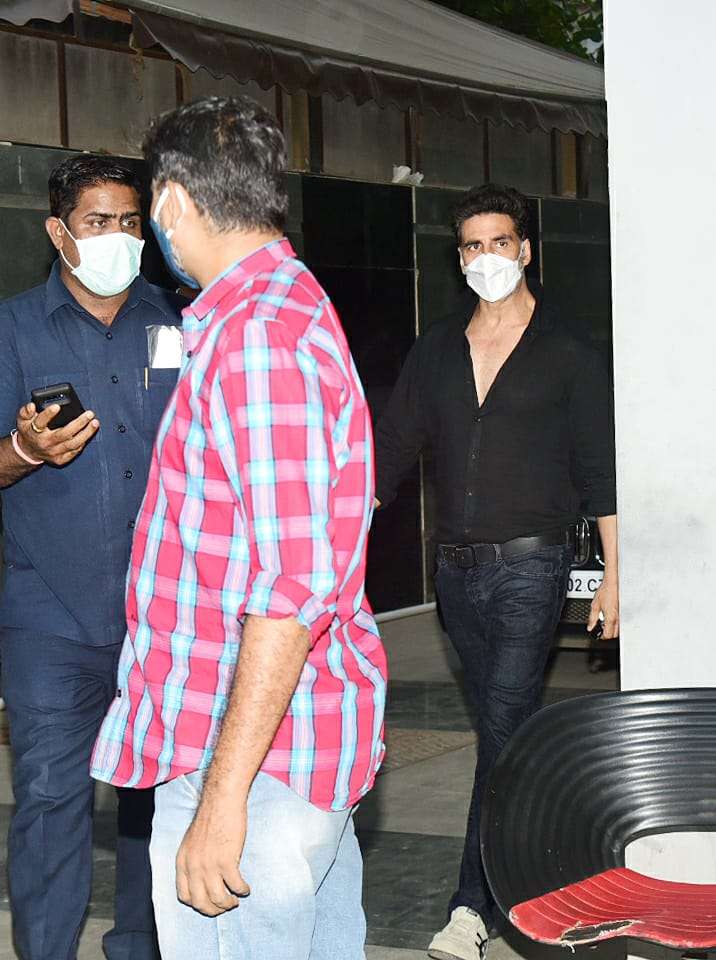 Akshay was the first Bollywood star to get the cameras rolling and not only commenced shooting for his film ‘Bell Bottom’ in the lockdown but even wrapped up work on the shoot. This evening’s visit has given rise to speculations about Akki possibly planning a big release announcement soon.

Meanwhile, rumours are rife that the actor will begin his next film ‘Bachchan Pandey’ with Kriti Sanon in January. Over the past days, Akshay has been busy shooting his film ‘Atrangi Re’ with Sara Ali Khan and Dhanush.