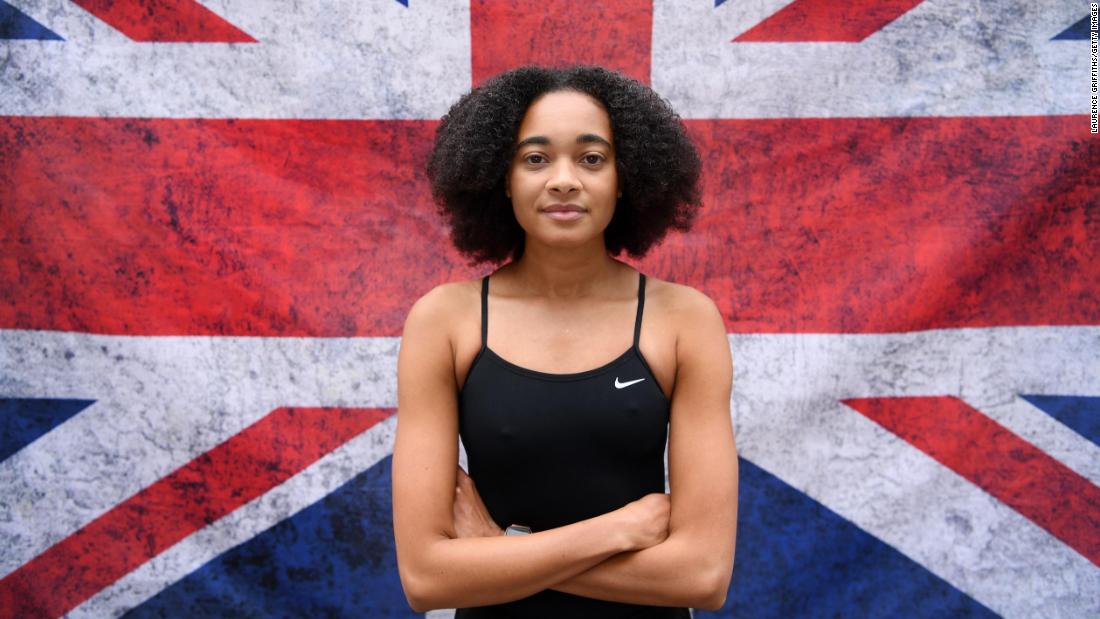 Only two Black swimmers have represented Britain at the Games – Kevin Burns swam at the 1976 Olympics in Montreal and Paul Marshall won bronze in Moscow four years later.

“It’s such a great opportunity to showcase the expertise that is in swimming across the Black community.”

As the only Black person on the British Swimming team, Dearing has sought inspiration from American Olympic gold medalists Cullen Jones and Simone Manuel and Jamaican Olympian Alia Atkinson.

“If I can help in any way display what Black swimmers can do, I want to do that,” she adds. 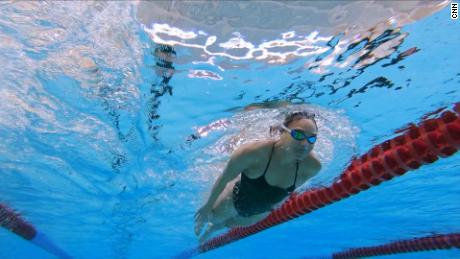 First on Dearing’s radar is the rescheduled qualifier for the Olympic marathon in May in Japan, where she plans to be the highest British finisher in the women’s race — an achievement that would secure her a Tokyo 2020 spot.

While she races in open water, Dearing trains nine times a week in the pool under the watchful eye of coach Andi Manley at Loughborough University in the East Midlands — her base since 2015. 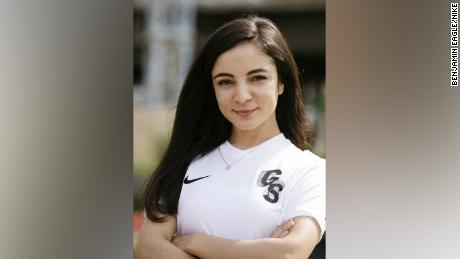 As a recognized elite training centre, the swimming pool and its gym was exempt from England’s second lockdown restrictions, enabling high-performance athletes to continue with their training schedules.

During her swimming session, Dearing glides through the water effortlessly, completing every drill with military precision. There is no hint of the additional stress often associated with being the “first.”

The plaques recognizing world record holders and banners bearing the names of Olympians who have trained in what is often described as the “Pool of Dreams,” do not seem to phase her either as she jokes with Manley and her teammates during breaks.

The daughter of a Ghanaian mother and British father, Dearing fell in love with swimming at the age of five and credits her mother, a keen swimmer, for nurturing her passion and her non-swimmer father for his constant support.

“Having two very supportive parents who want to see me succeed and will do anything in their power to help me succeed and be the best athlete I can be has been invaluable, a huge credit to my career,” she says.

Despite growing up in a diverse community in Birmingham, England’s second-largest city, Dearing and her mother were often the only two Black people at swimming meets — a fact she says she was oblivious to for the most part.

She points out that while her experience within swimming has been largely positive, she has experienced racism in the sport.

“I heard a coach once referred to me as an n word. A coach who I don’t know, I didn’t know. I had nothing to do with them at all. So, it was quite interesting that that happened. But in general, I have had a really good experience in swimming,” she says.

More progress needs to be done 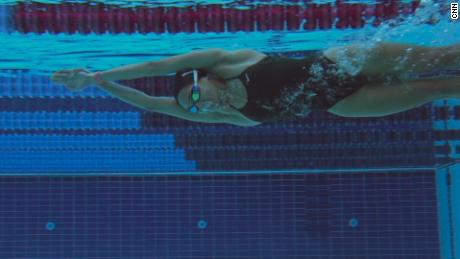 According to Swim England, only one percent of registered competitive swimmers identify as Black or mixed race.

“Our bones are too dense, we sink when we get in the water, swimming is just not meant for us, we’re not meant to swim. This is what systemic racism has told Black people over decades,” Dearing continues.

“And it’s got to the point now where, of course, these myths and lies are believed because it’s been repeated for so long.”

Dearing feels that while some progress has been made in diversifying swimming, more needs to be done to promote swimming as a life-saving skill and to expose ethnic minorities to the variety of career opportunities in aquatics.

In a statement to CNN, British Swimming said diversity and access to aquatics sports was “definitely on our agenda.”

“Each of our disciplines already has action plans to enhance our representation, whilst more recently equality, diversity and inclusion has been added as a focal agenda item where it will remain at forthcoming board meetings,” it read. 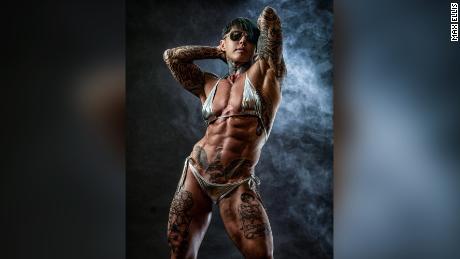 “It’s a difficult challenge, especially with the setbacks of Covid. But I really think with the partners we’re working with, with having Swim England on our side, I’m really looking to connect with aquatic bodies not just in swimming, but across a whole range of sports to showcase that swimming is not just swimming, it’s aquatics in general,” she says.

“And learning to swim can open up a door, be it for being a lifeguard or surfing, or even just having a splash in a pool or in the sea on holiday.”

Dearing has also partnered with the brand Soul Cap, which makes swimming caps for thick, curly and voluminous hairstyles, like the afro.

Taking it all in her stride 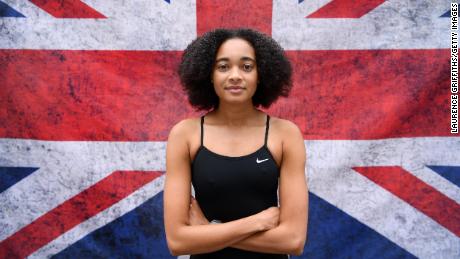 Being the poster girl for Black swimming while also studying towards a master’s degree in social media and political communications might be overwhelming for some, but Dearing takes it all in her stride.

“The opportunity that I have with potentially qualifying to the Olympics as being the first Black woman to swim for Britain at the Olympic Games, this is a chance to really drive home these changes, this diversity and cements that swimming is a sport for everybody,” she adds.

“It’s just about using my voice for positive change and I feel like this is the best year, well, it was meant to be year but now it’s ended up being two years to do it.”

Once the Covid-19 restrictions are lifted and local swimming pools reopen for the general public, Dearing hopes to see more people trying out swimming.

“It absolutely changed my life in the most amazing way so I’d love for other people to have those opportunities and just give it a try,” she says.

While she acknowledges the importance of her advocacy work, Dearing wants her legacy to be centered on her achievements as a swimmer instead of her skin color.

“I wish that race didn’t matter in the sport; it does matter,” she adds.

“But I really hope we arrive at a place where it is just like you just get in and swim and you don’t have to be seen for your color or anything like that.

“So, in the long run, I definitely just want to be remembered as a swimmer, not as the Black swimmer for Britain.”

NEW DELHI: Automobile giant Anand Mahindra on Saturday announced that he will be gifting the THAR-SUV to Mohammed Siraj,...
Read more
SPORTS

It is often said that food has the power to bring people and cultures together. 'Desi Delicacies: Food Writing from Muslim South Asia',...
Read more
Load more