EXCLUSIVE! Sana Khan: Getting married to Anas wasn’t an overnight decision. I have prayed for years for a man like him – Times of India ►

In October, actress Sana Khan, who participated in ‘Bigg Boss 6’ and featured in films like ‘Jai Ho’, ‘Halla Bol’, ‘Wajah Tum Ho’ and ‘Toilet: Ek Prem Katha’, among others, took everyone by surprise when she announced her decision to quit showbiz to “serve humanity and follow the order of my Creator,” in her words. More than a month later, on November 20, she came up with another surprise — her marriage to Surat-based businessman, Maulana Anas Saiyad. In a candid chat with BT, the actress, who now calls herself Saiyad Sana Khan, talks about the recent turning point in her life. Excerpts…

Your decision to quit the entertainment industry was unforeseen, but even more unexpected was your marriage. When and where did Anas and you first meet?

We first met in 2017 in Mecca. It was a brief meeting on the day I was returning to India. Anas was introduced to me as an Islamic scholar. I would like to clarify that he is an Alim, and not a Mufti. I contacted him towards the end of 2018, as I had some questions about religion. Then, after more than a year, we reconnected in 2020. I was always inclined towards learning more about Islam.

So, at what point did you feel that he was the one for you?

Getting married to Anas wasn’t an overnight decision. I have prayed for years for a man like him in my life. What I liked best about him is that he is shareef and unn mein haya hai. He is not judgmental. He had said this to me, ‘Agar koi achhi cheez gutter mein gir gayi hai toh uske upar aap 10 baalti bhi paani daal do, woh saaf nahi hoti hai. Par aap usko gutter se baahar nikaal kar ek glass paani daal do, woh saaf ho jaati hai’. That had a lasting impact on me.

After quitting the industry, you said that you were in the wrong profession. Why did you feel that way?

A lot of people asked why it took me so long to realise that I was in the wrong profession. Bahut cheezein aapko immediately nahi realise hoti hain. Aapko itna glamour aur naam mil jaata hai ki, ya toh aapko kuchh dikhaai nahi deta hai ya faisla nahi le paate hain. Also, in my case, it was a question of livelihood; I was the sole earning member in my family. The lockdown helped me realise that I had to take this step. The work I was doing was not my cup of tea. I am grateful for what the industry has given me, but I realised that I didn’t belong there. 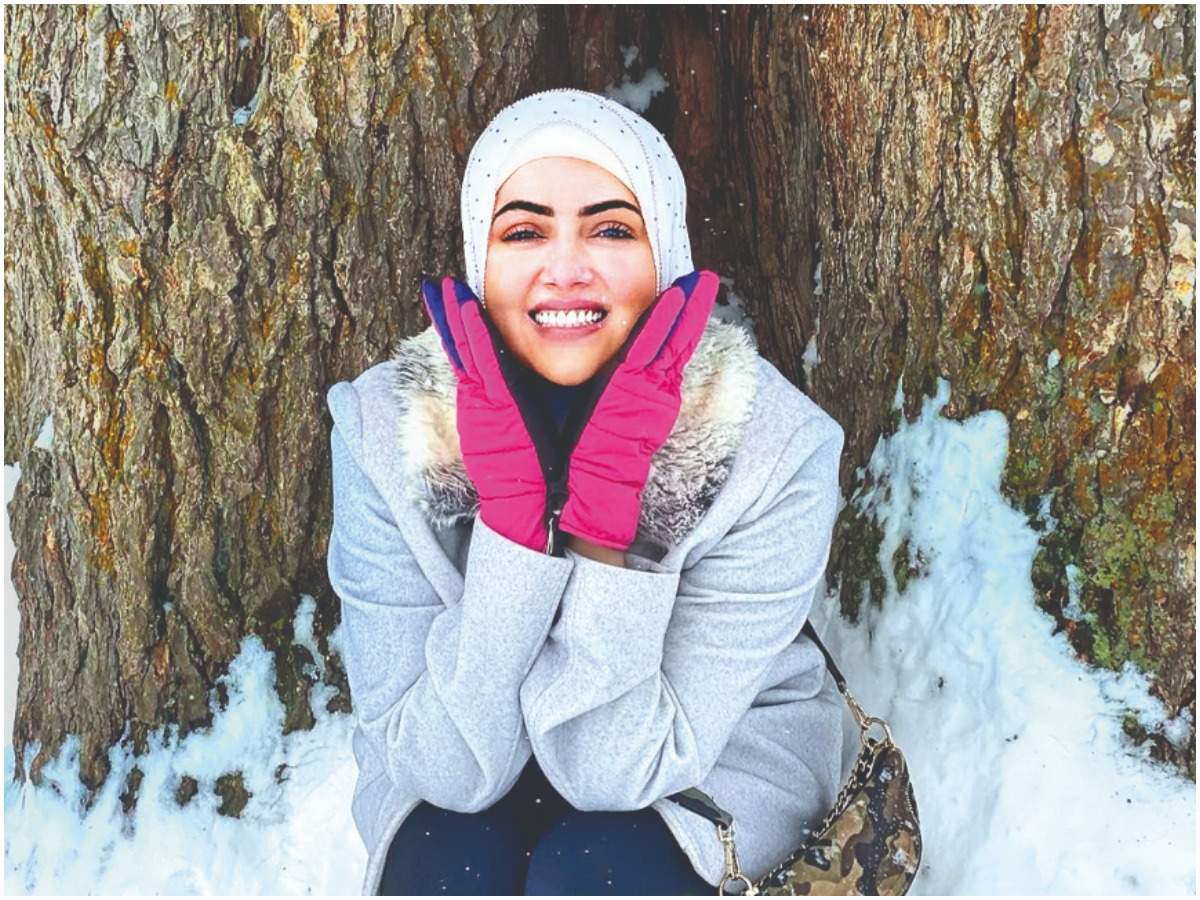 This is what I am, jo main pehle Instagram par daalti thi, woh main nahi thi. That was a character. But people tend to judge you on the basis of your outer appearance. Mera true self dab raha tha because of peer pressure. On social media, one has to do things beyond their comfort zone to get work. But now, I am in sync with life.

After quitting showbiz, are you planning to quit social media next?

Not at all. People ask me if I have taken sanyaas. Sanyaas lene mein aur religiously life follow karne mein bahut difference hai. 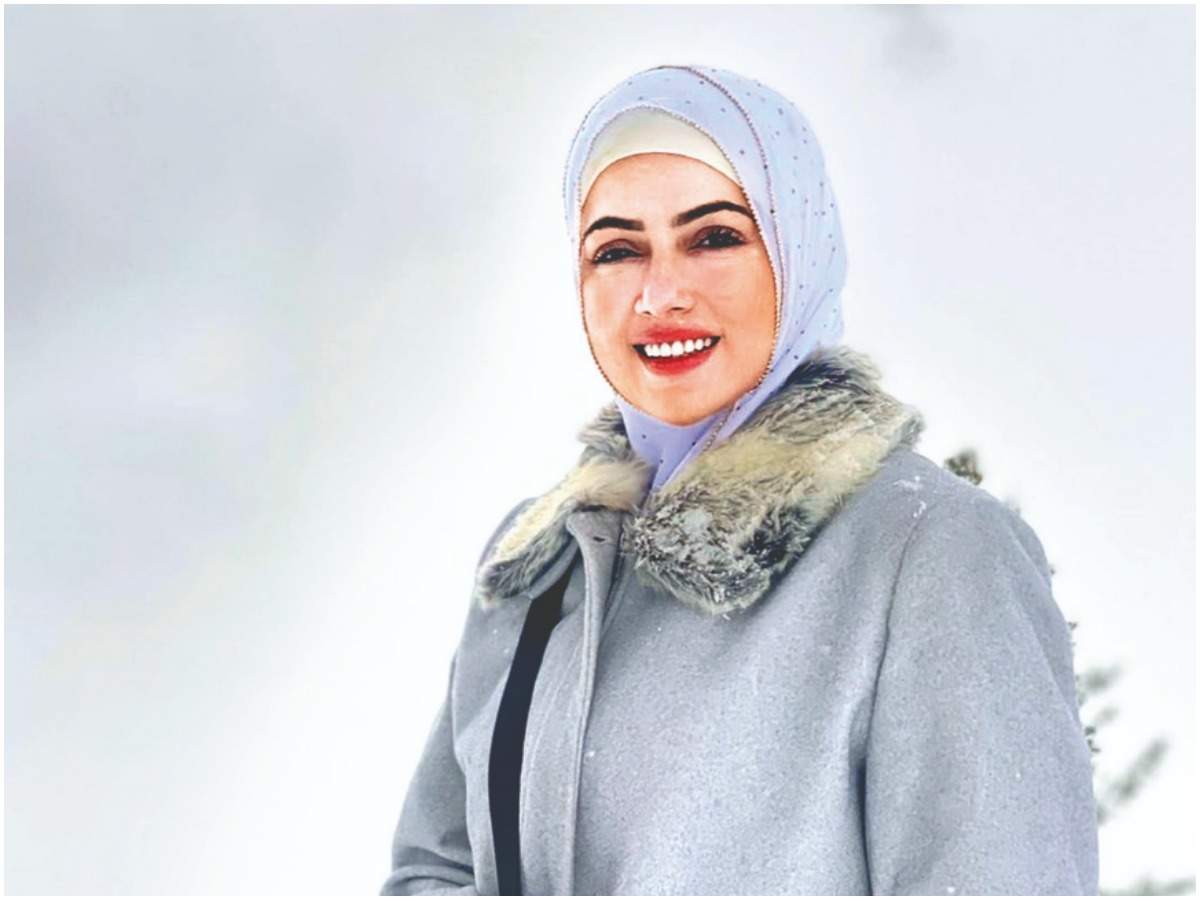 You were targeted by trolls after your marriage. How did you deal with it?

People trolled me and wrote nasty comments on my Insta handle. That’s so distasteful. They did that because I decided to quit the industry and lead my life in a certain way. Well, how does my marriage concern anyone? I did not get married for these trolls. My husband is a good man and I find him good-looking, maybe you don’t. I don’t care.

Early this year, you went through a break-up. Many felt that your sudden decision to get married was on the rebound…

Aap rebound par affair kar sakte ho, shaadi nahi karoge. In the life I have left behind, it was normal to have a boyfriend. These are some of the things I regret. I want to be a responsible parent in the future. I believe our kids follow some of what we do and think. Humara sirf surname nahi par soch bhi pass on hoti hai.

Talking about kids, are you planning to go the family way soon?

(Laughs!) My husband wants me to take time, but I definitely want to become a mother soon. 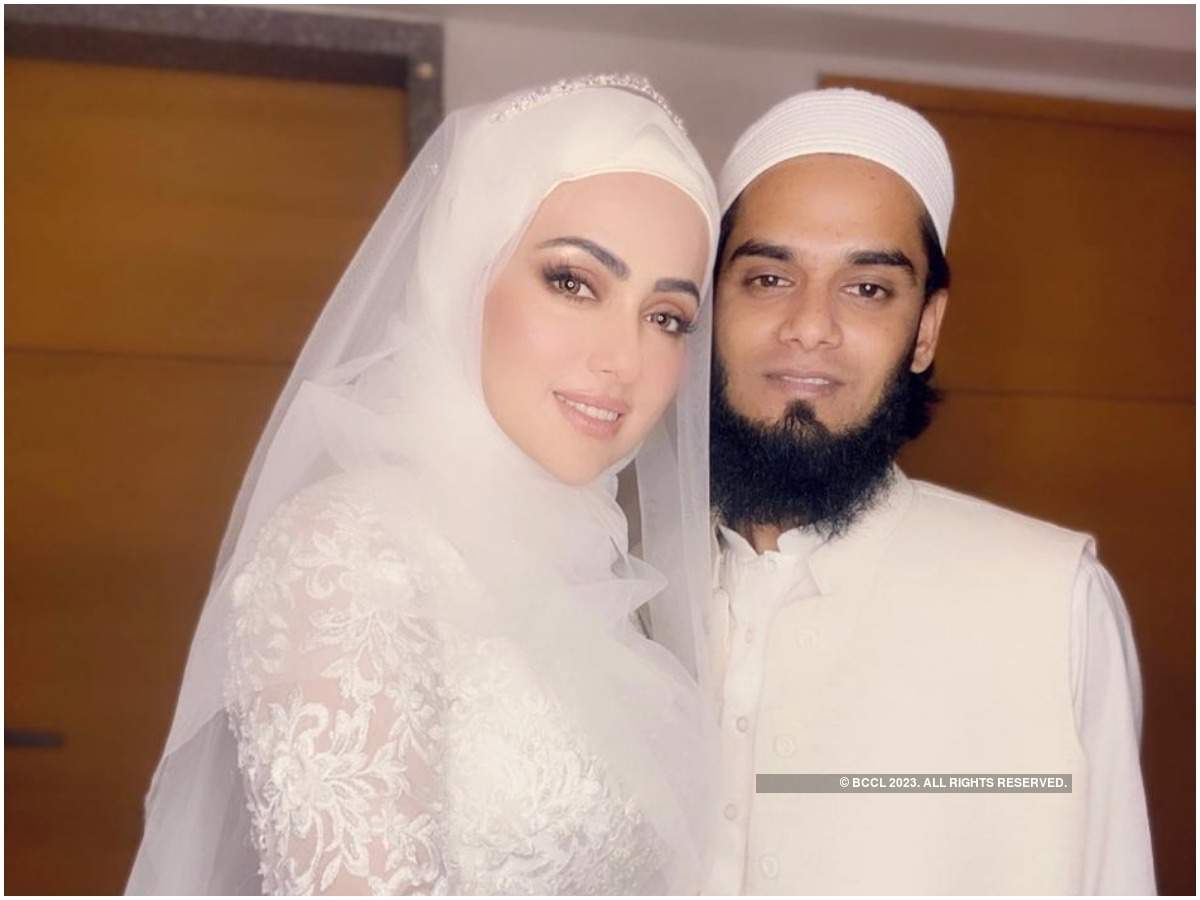 Maulana Anas Saiyad: ‘People are free to think that we are a mismatched couple, but only we know how compatible we are’

We also spoke to Maulana Anas Saiyad, whose family is in the construction business, about the marriage and he says, “I prayed to God that I want to marry Sana and he heard my prayers. I feel that I wouldn’t have been this happy if I had married anybody else. Sana is not full of herself. She is affable, forgiving and has a clean heart. I always wanted a girl who complemented and completed me. People still ask me how I got married to an actress, but yeh chhoti soch ke log hain. It’s my life and no one should comment on it. People are free to think that we are a mismatched couple, but only we know how compatible we are.” 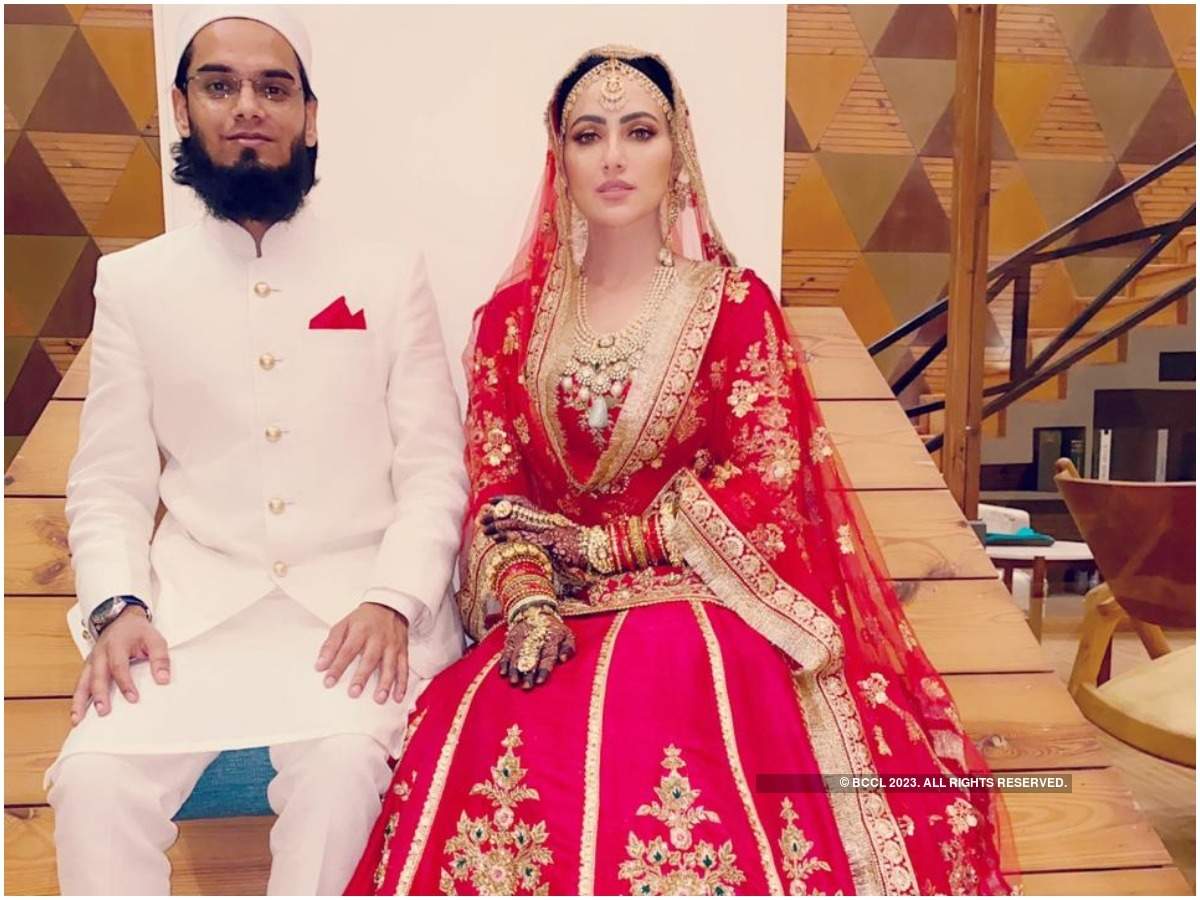 Talking about her decision to quit showbiz, he says, “I have never forced her to lead life in a certain way. She announced on Instagram around six months ago that she has taken hijab. People thought that it’s because of the pandemic and no work, but she always wanted to detach herself from what she was doing. I wanted her to give it some time, but she was certain. In fact, I was shocked, too, when she announced that she was quitting the industry.”