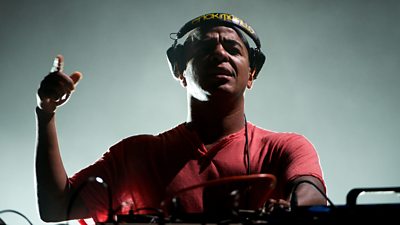 
“Erick Morillo was obviously an innovator and contributed a lot to the dance music.

“But I can’t respect someone like that,” DJ Empress tells Newsbeat from her home in New York.

She’s one of many women to accuse the I Like To Move It producer of sexual abuse.

It was less than a month after his arrest for sexually assaulting a female DJ. He’d handed himself in to police after DNA evidence emerged.

As more people come forward, BBC Newsbeat’s latest iPlayer documentary Erick Morillo: What’s Next? explores the impact the headlines surrounding his death are having on the scene.

With accounts from women of sexual abuse, interviews with insiders about what the industry plans to do about it and the hopes of the next generation of DJs – Erick Morillo: What’s Next? looks at where the dance music world goes from here.

This film includes several references to sexual abuse. If you’re affected by this you can find links to advice and support on the BBC Action Line site.

You can watch the full film on iPlayer now.

Produced and edited by Jimmy Blake.