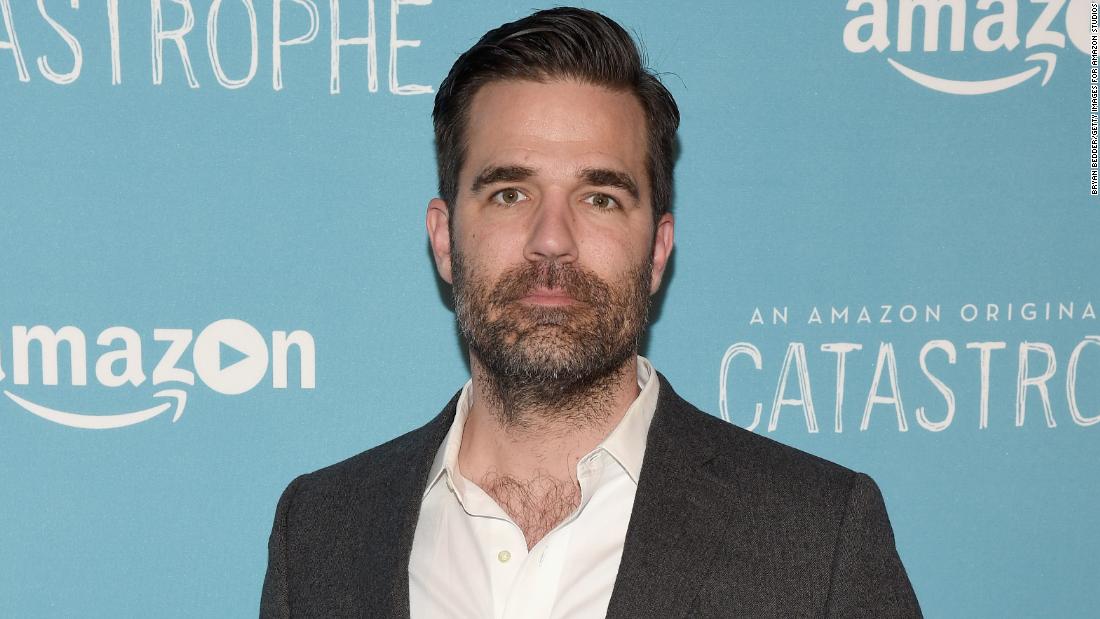 BBC Radio 4 Today tweeted, “We’ve been hearing from artists and writers about moments in their lives that brought comfort, while the world is a bit bleak.”

“For Grief Awareness Week, we heard from actor, comedian and writer @robdelaney about how his perspective on hope changed, after losing his son #R4Today,” the tweet, which included the audio, also said.

Delaney and his wife, Leah, lost 2-year-old Henry in 2018 after a two-year battle with a brain tumor.

“Like many people, I used to be afraid of dying,” the “Catastrophe” star said in the recording. “But a little less than three years ago, our then-youngest son Henry died of a brain tumor. It so happens he died on the morning of my 41st birthday. Thus, that date’s significance has been exchanged for something far larger and more powerful.”

Delaney said he doesn’t know where his son went after death “but I know I’ll get to find out when I die.”

“At the very least, I’ll get to experience something Henry experienced. And that’s wonderful,” he said. “That knowledge brings me peace. I won’t say ‘I can’t wait’ because I can.”

He also talked about how the loss changed his relationship with his three other sons, including a now 2-year-old who was born after Henry’s passing.

“I don’t know if Henry’s death made me love his brothers more, but it certainly made me love them better,” Delaney said. “Because when I hold them now, I know what they really are. They’re temporary gatherings of stardust, just like Henry.”

“I’m here now, but one day I’ll be wherever Henry is,” he concluded. “I’ll have to die to get there, but that’s okay with me.”